Osheaga is a multi-day music and arts festival held in Montreal at Parc Jean-Drapeau on Île Sainte-Hélène every summer. The inaugural fest was held in 2006 boasting acts like Sonic Youth, Flaming Lips, Metric and Dinosaur Jr., and continues to bring in notable talent year year. In 2011, Osheaga stretched to a 3 day show taking place each August long weekend on 5 stages throughout the park.

The Parc itself was the site of the Expo 67 World’s Fair, hosts Warped Tour annually, as well as Heavy MTL and can hold hundreds of thousands of people. This year’s Osheaga attendance reached over 130,000 with room to grow. 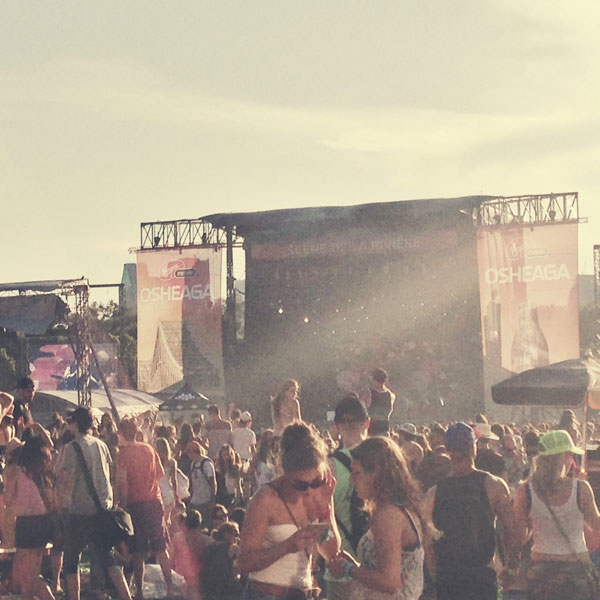 Even with the large numbers, the park was nicely spread out. Don’t be surprised, you will do a ton of walking, which is good if you like to do a lot of drinking. It all seems to balance out. Quebec’s liquor laws are lax, which allowed for booze to be readily accessible throughout the park instead of behind booths and in tents. There were always guys walking around with trays of beer over their heads for $6 and folks standing on coolers with $8 mixed drinks and straight booze for doing $4 shots. I even saw them pouring the shots into festival-goers mouths. Hard to believe we were still in Canada- far from the shitty legal restrictions of Ontario. Food was not nearly as enticing. Vendors near the main stage were charging $6 for a hockey puck cheeseburger, but if you ventured off to the smaller stage areas, there were lots of amazing local vendors. These food trucks were charging their typical prices and I was quite happy with my daily Montreal Smoked Meat Sandwich with Fries and a Pickle for $7. They also let you bring some snacks in with you. 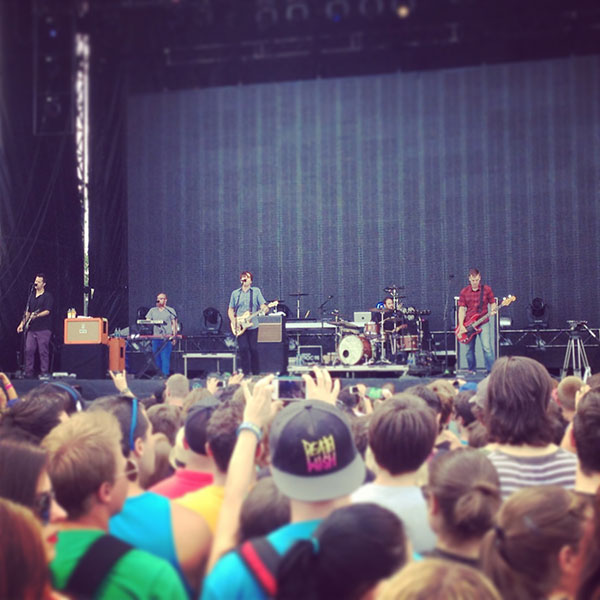 Osheaga’s 2 main stages sit side by side with alternating acts. There’s a huge space in front of the stages allowing for the crowd to gather, or for a more relaxed experience you can sit on the hill for a great view, as well as great sound. Never once was I disappointed with the sound at the fest. These two main stages also gave you the appeal of being at a large summer festival, while the smaller stages let you get up close and personal with your favourite musicians, like my favourite Frank Turner. 3 rows back from an artist you love- it doesn’t get much better than that. Those 3 side stages were spread out, with lots to look at along the way. Free swag included Wild Vines sunglasses, all-you-can-drink mini cans of coke, popsicles, yogurt, and photo lanyards from Air Miles. We took advantage of it all. There was also the official merch, with shirts and tanks selling for $30 each. 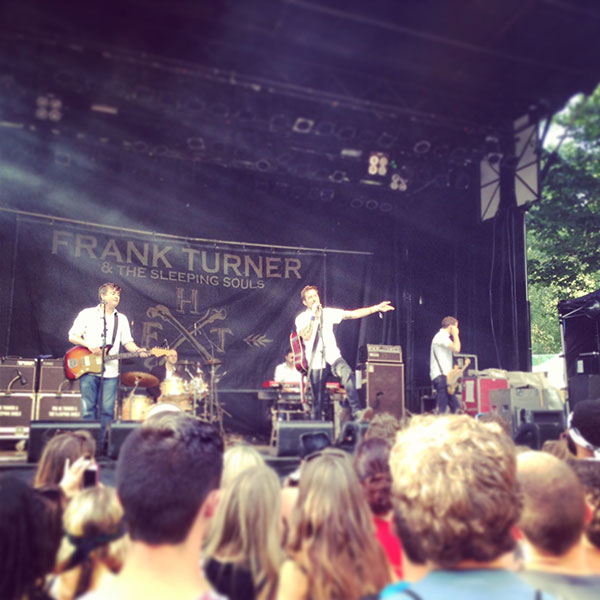 I was very pleased with the number of washroom stations throughout the park. No matter what stage you were at there was hardly ever a lineup and they were kept as clean as potra-potties at a festival can be. Most impressively, were the outdoor porta-urinals that were located by the main stages for the men. They were scattered throughout the “forest”, you know, the area with a few trees… which helped keep the lineups short. Let’s face it, the men would have been back there pissing anyway.

With no on-site camping, I was a little worried about getting to and from the park each day. They encourage attendees not to drive and to take the metro instead and I was sure nothing good would come of thousands of people taking the train at once. Boy was I wrong. Osheaga had organized a pass for only $15 for unlimited rides during the long weekend. Not only could we use this to get to the park, but also to tour the city- genius! Security was put in place to keep the traffic flowing and the friendliest police officers on the planet were on hand in case things went south. All in all, it would take us about 10 minutes from the time we left our door to the entrance of the festival. Not bad! 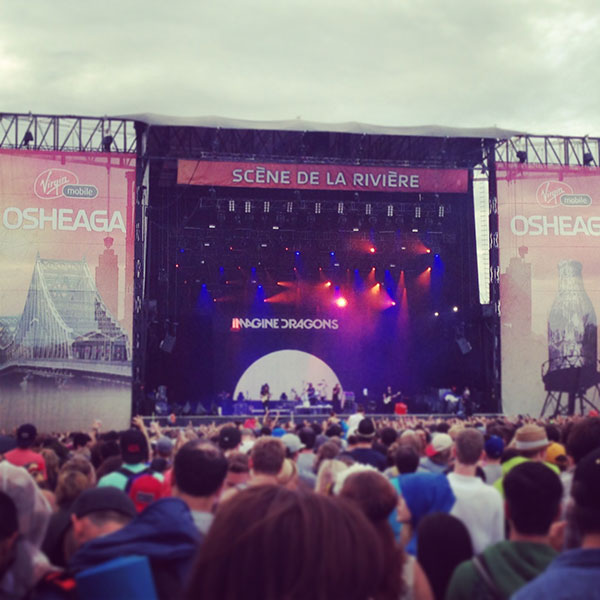 From my understanding, hotels were hard to come by and were not cheap. We had booked early (like, April early) on Airbnb.com and found an amazing, private hostel. What we paid for our full stay was similar to a one night hotel stay. Leave a comment below if you’d like to get more details on the rental.

Parc Jean Drapeau is located on St Helen’s Island, Montreal. I strongly recommend travelling via metro- the Yellow Line takes you right into the park.

If you’re an indie-music fan Osheaga is for you. It’s such a young festival and they’ve already locked down so many details that seem to take other organizers forever to figure out. You will not be disappointed.