The Commons at Butler’s Barracks | Niagara-On-The-Lake


Niagara on the Lake is a picturesque landscape of Canadian beauty. The town itself is quaint and quiet. Ideal for a rock show.

Butler’s Barracks is a national historic site and was for military use from the 1700’s until the mid 1900’s. The concert grounds are just a massive outdoor field. Driving past at an earlier date, all I saw was endless miles of grass. Capacity of the field is approximately 30,000, though I think this past show had an attendance of about 18,000. There was tons of space for parking at a $20 fee- not surprising since we were in the middle of nowhere and there weren’t many options. The walk from the vehicle to the main gate was about 5 minutes. 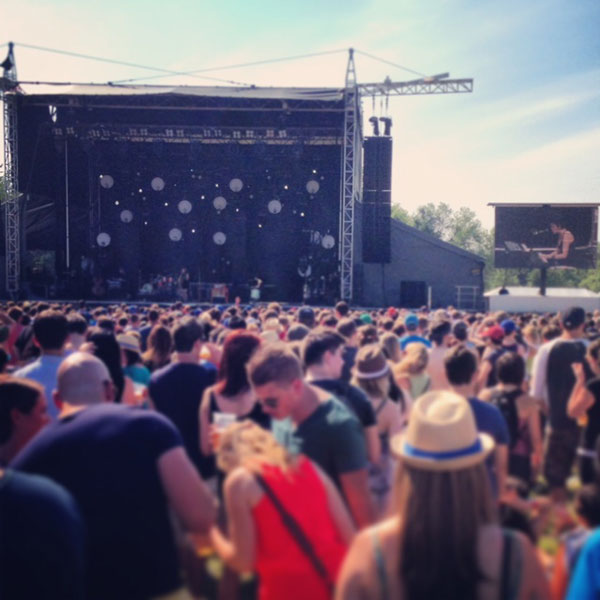 A short line up and a quick bag search, security was awesome, and we were in fast! If you know me at all by now, you wont be at all shocked that we headed straight for the beer tents. Holy. Fuck. Beers were $11 each. Gasp. Either they were trying to make a ton of money on less beer or they were concerned about drunk drivers. If it was the later, I see the merit, but I don’t think it necessarily deterred people. They just had people spending a fuck-ton of cash dollars.

I was super impressed however that the times I did manage to grab a beer, the staff and lines were amazing. With 18,000 other people I would have thought that we’d all be fighting in long lines to taste a sip of cold beer, when in fact you could practically walk straight up to a server. Food lines also weren’t bad and was relatively cheap, costing about $6 for a chicken burger and about $4 for fries. 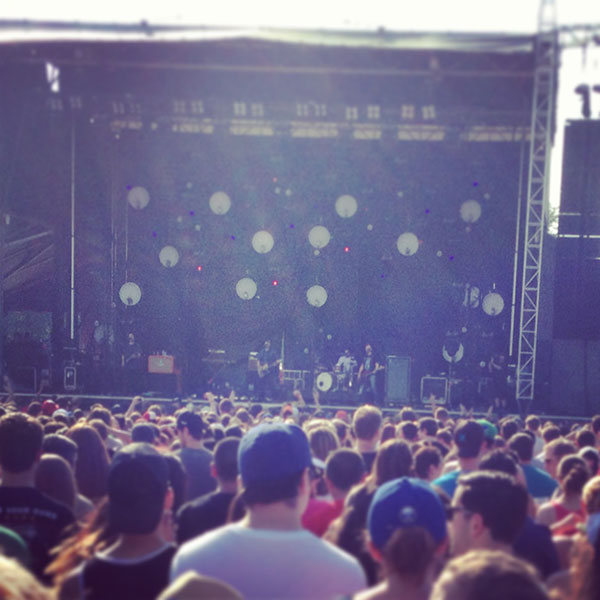 The washrooms at The Commons were a group of porta-potties, which stayed surprisingly clean throughout the day. Depending on when you hit the loo, wait times were anywhere from 5-15 minutes. They also had a sanitation station with sanitizer for after your visit.

The sound quality throughout the day was fantastic. Each of the 5 artists had great sets and the massive sound center did a great job of catering to the individual styles. Although with 18,000 people it is hard to get close, the open concept really allowed you to feel involved in the show. Almost every spot to stand was a good one. Earlier in the day attendees took advantage of the smaller crowds and were able to sit on the grass and sprawl out, but as the bigger-name acts came out, sitting room was slim-to-none. 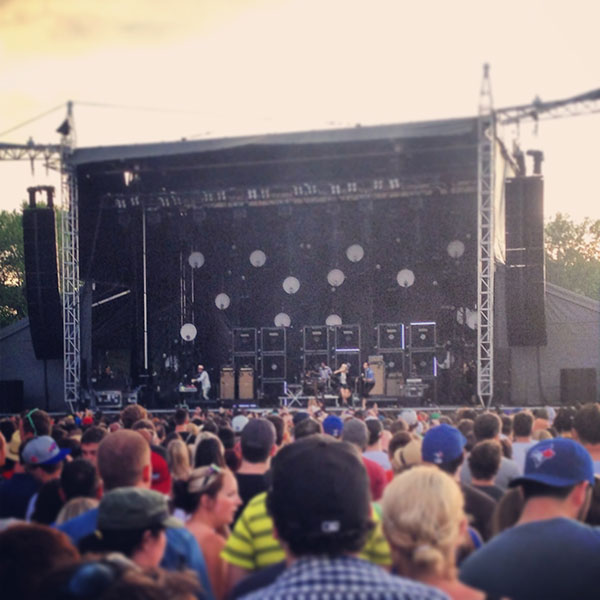 Butler’s Barracks is located in Niagara-on-the-Lake, Ontario, west of Fort George and the Niagara Parkway/Queen’s Parade. It is bounded by John Street and King Street, with more parking available on John Street.

I can’t wait to see another show here, so long as they figure out how to make beers more affordable. I love outdoor shows and hope to make this location an annual stop.

Keep up to date with shows happening at The Commons via Ticketmaster.