If Coachella has been one of those festivals that you've been longing to hit up, stop delaying and just make it happen.


Coachella is the place to see and be seen. It’s packed full of journalists who are documenting celebrity outfits and the outrageously dressed among us ‘normal’ folk. It’s also one of the most exciting, eclectic and mesmerizing music festivals I’ve ever been to. Lodged in a quiet corner of the So-Cal desert, Indio’s Empire Polo Club fields is home to the Coachella Valley Music & Arts Festival. 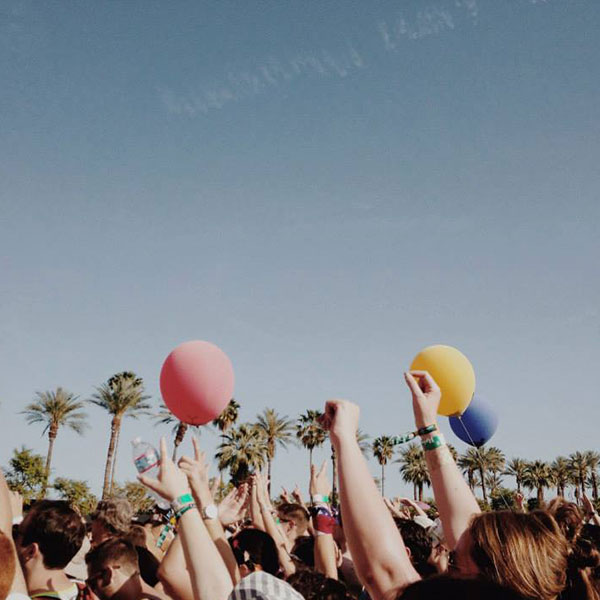 Coachella opened it’s gates in October 1999, and since 2000 has been held in April of every year. 2012 was the first year I attended the infamous festival and was the first year of the dual weekend fest boasting back to back sold out audiences. Selling out the 99,000 capacity festival doesn’t seem so surprising when you look at it’s consistent draw of top-notch talent over the years. 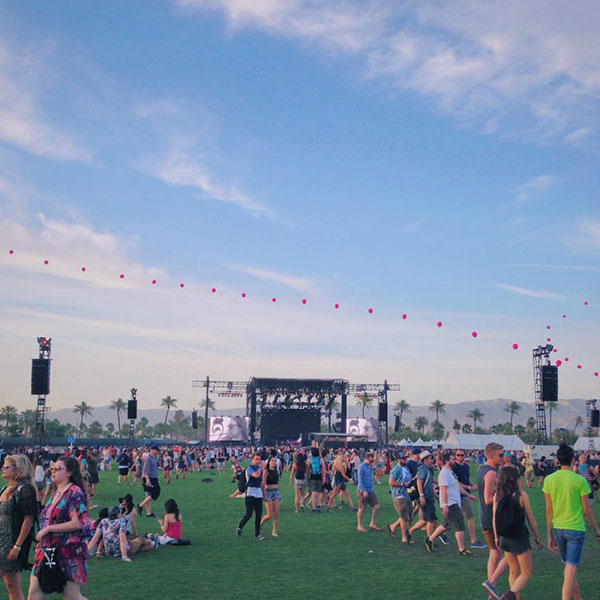 In 2012, we camped on the festival grounds in ‘tent camping‘. While everything you need to know about camping on site is very clearly laid out on the site, from experience, I can say that the camping experience at Coachella is one that can’t be explained on a website. We were surrounded by music-lovers from around the world, our closest neighbours being Europeans and Australians, who had a cracked beer waiting for us as we finished setting up our site. Waking up in the California sun, cracking a beer and enjoying the ambiance is euphoric.

Although luxuries like showers were available, we opted to skip the lines, load on the deodorant and hit the fest each day. A hat was my best friend for the weekend. Toilets were easily accessible however, hardly ever waiting in line. Best of all, they were kept unbelievably clean by festival staff.

2015, we had initially decided to rent a house with friends, but settled on a campground outside of the fest. Though we did know friends though that managed to get a great place, only minutes from the festival on Airbnb. We were happy to call Oasis Palms RV Resort our home for the duration of the fest, located only about 20 minutes away by car. The campground had a pool and hot tub (complete with a DJ), breakfast and games room, orange trees on our site and the friendliest owners anyone could ask for. Best of all, this year, we had indoor plumbing and hot showers, all with no lineups.

We drove to the fest each day and parked in the free day-parking lots. We had a 10 minute walk to the front gates, which gave me lots of time to drink a few boozy travellers. Once inside the fest, beers would run you about $10 for a 16oz draft. There were lots of options from the generic domestic brands, to Heineken, to a whole pavilion of craft beer choices.

For about the same $10 you could fill up on just about anything at the festival. In 2012, I swear all we ate were fish tacos. This year we branched out a bit and tried something new each day. Trust me, with all of these options, you will not be disappointed. You definitely get good ‘bang for your buck’! 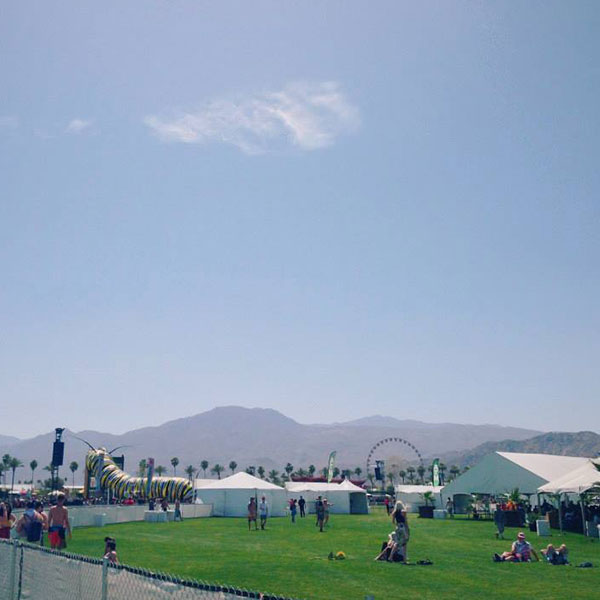 Even in California’s severe droughts, the Polo Club grounds are kept soft, luscious and green. This soft earth, combined with the relaxing daytime atmosphere makes sitting and taking in the music from the grass very enjoyable. Of course if you want to experience your favourite bands up close and personal, it’s surprisingly easy to make your way up to the stage. I can’t speak for the EDM tents, having only experienced a few sets at the back of these, but they looked much tighter, packing in the always-increasing numbers of fans.

All parking, camping and festival maps are very clearly laid out on their website, and are also sent out in your ticket-wristband bundle, making it easy to find your way around. The event area in Indio is also very clearly marked with street signs and police vehicles making it near impossible to miss where you need to be.

If Coachella has been one of those festivals that you’ve been longing to hit up, stop delaying and just make it happen. Dancing with no one watching in the heat of the desert sun to your favourite band is one hell of an experience. My final, parting tips, bring that refillable water bottle, you’ll need it, and don’t skip the Ferris wheel ride, it’s 100% worth it.