Venue Diary made the world renowned festival, Rock im Park, part of our German lag of this summer's Euro Trip. We learned a lot about the history of the grounds and saw some kick-ass music.


Europe is rich in history. No matter where you travel, you’re standing on ground or in buildings that are even older than my own country of Canada. Heading to Nuremberg, Germany for the 29th year of Rock im Park came with it’s own story. Once Nazi party rally grounds, the fields were designed to hold 250,000 on the grounds alone. This type of space truly allowed the perfect mold for a festival of this magnitude. Rock im Park itself, has 160,000 attendees, many of whom spend the weekend, or in the case of this year, 4 days, camping.

The festival has 3 stages, the Centerstage, the Alternastage and the Clubstage, each boasting an array international talent. Seriously, this festival easily had one of the best lineups I had ever experienced- see the full lineup here. 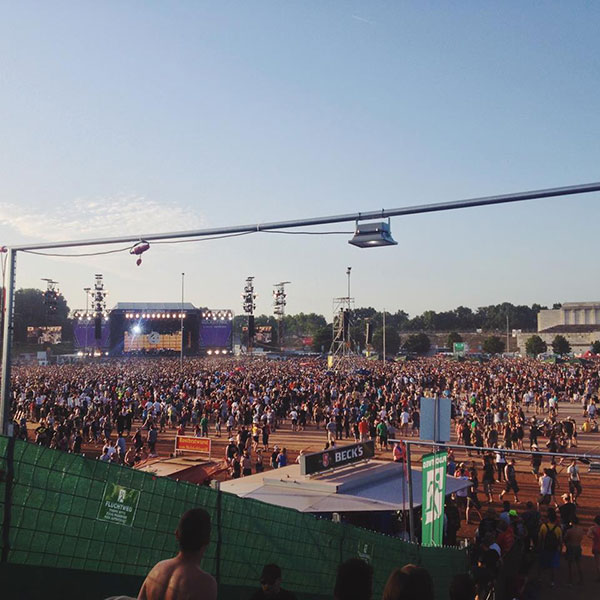 The camping grounds were miles of grassy fields, surrounding a lake. There was no organization to this chaos, leaving us to walk forever through a stretch of German metal kids and drinking games. When we did make camp, we ultimately felt that being a bit further from the stages was best, allowing us to have some space around us and some relatively-quite time in the wee hours of the morning. Our group came to realize that in our mid-20’s we’re maybe “getting too old for this shit”.

Speaking of, *ahem*, as money-making adults, we happily paid the minuscule fee to use washrooms with real toilets and running water and even had the option to have real showers. Nevertheless, some form of a toilet was never more than 250 meters away.

Free water stations were also located throughout the park so attendees could stay hydrated in the 35C weather, but as party animals, we were also thrilled that anything in a juice carton could also enter the festival grounds. Rum and juice for days! We could also carry our own food in, but at the low prices and awesome selection, we were happy to explore the traditional German food options. 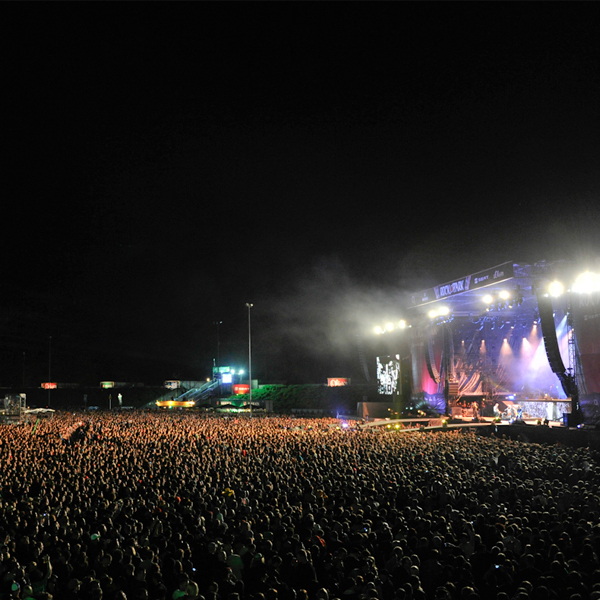 With the opportunity to see so many new acts and getting to cross so many bands off of my bucket list, I’m excited to share my top 5 favourites of the fest. As I said before this lineup was INCREDIBLE and it was tough to pick my tops, but here they are… 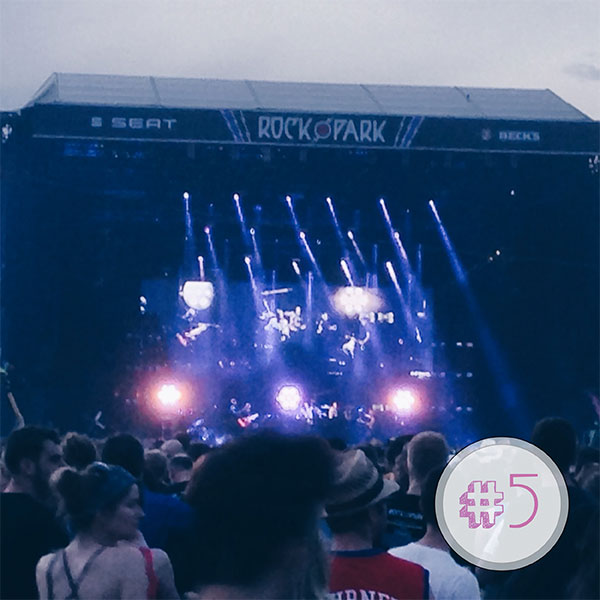 Linkin Park was a band I had latched on to early in my music-loving life. Having never had the chance to see them before, this was a must-see of the festival. They came out with a full set of hits and played some new tracks off of their recently released album The Hunting Party. In line with the new work, they had an electronic element to the entire set and it totally worked. 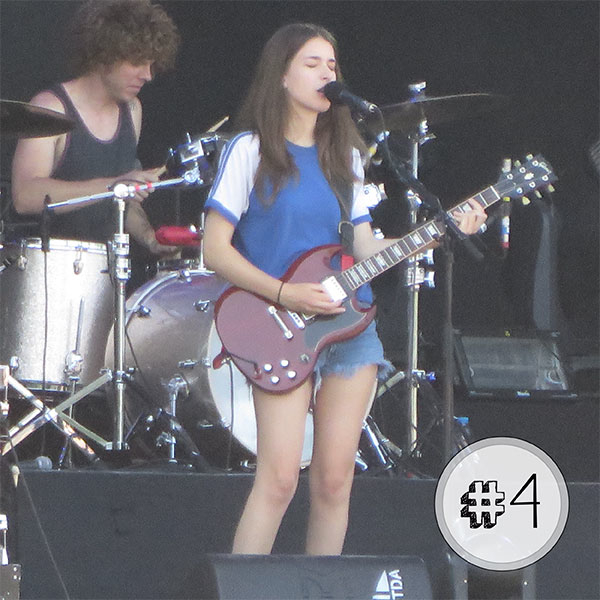 One of my must-see acts of RiP was LA’s HAIM. The sisters made a splash this year with their debut album and played every major music festival. They were also on rotation for me constantly and although not my typical style, their sound just gets me for some reason. I was excitedly singing along with the girls to every track, though the set seemed to be shorter than I would have liked. Regardless, they made a lasting impression. 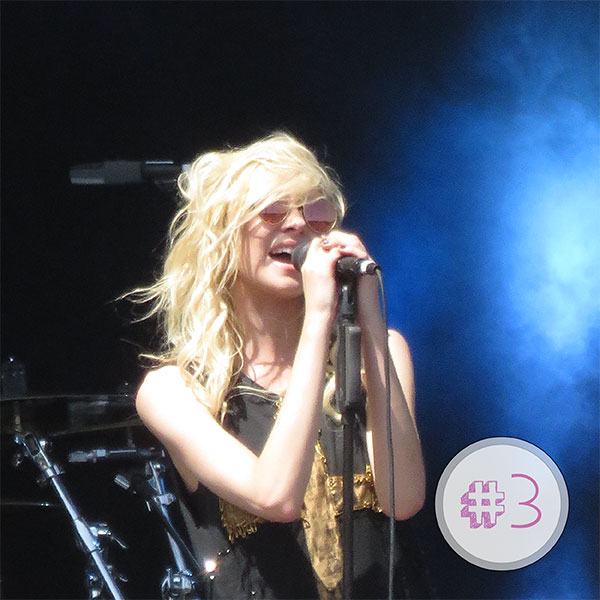 Despite being saddened by the unusual amount of clothes Ms.Momsen had on, especially in that heat, this Queen of Rock did just that- she fucking rocked! Playing a good selection of tracks from The Pretty Reckless‘ new album Going to Hell, I was thrilled to hear these songs live. They played to a huge crowd at the Centerstage and everyone was having a great fucking time. 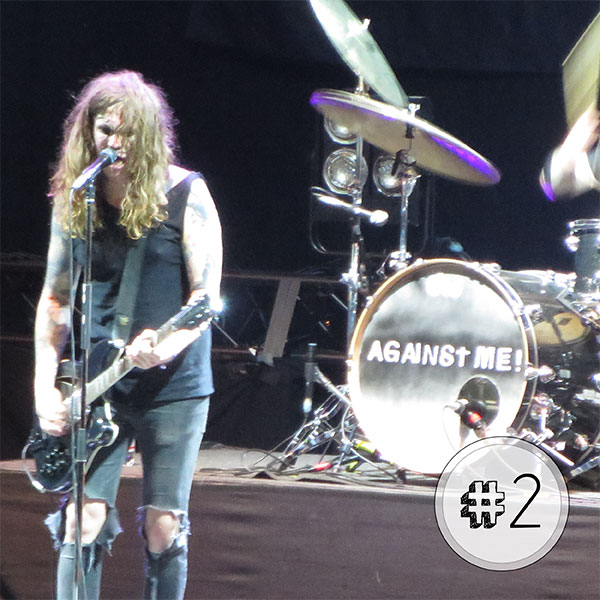 Against Me: Rock im Park @ Zeppelinfeld | Photo by Carolyn Marsh

One of my favourite moments from the festival was seeing Against Me for the first time. Coming off of this year’s Transgender Dysphoria Blues, Laura Jane Grace has truly found herself and it translates to the band’s music and performance. Full of passion, they steamrolled through their great repertoire of songs, making this set one for the books. 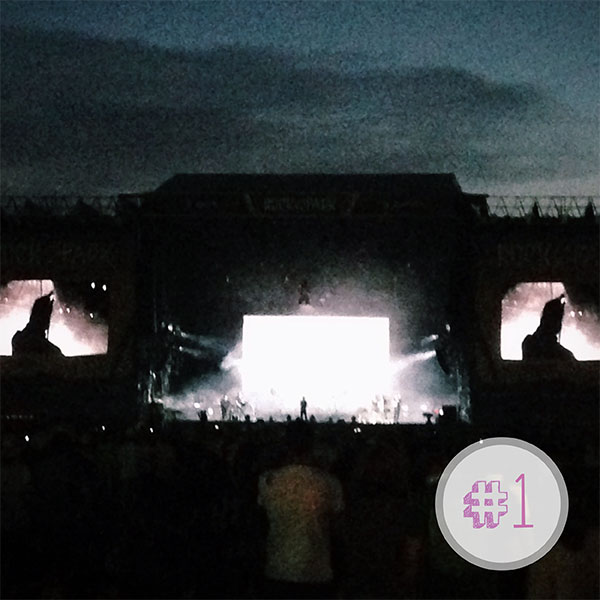 As the sun fell on the final day of the fest, French singer-songwriter Woodkid took the stage. Prior to RiP’s lineup announcements, I’d never heard of him, but when my German soul-mate said he was at the top of her list, I knew he was worth checking out. His music is very passionate and soulful, to the point of being ambient. I was unsure how his style would translate to a huge festival stage, that only days earlier hosted the likes of Nine Inch Nails.

With the night setting in, the full black and white set took over the crowd. Entering the field, the crowds were sitting, ready to sit back and enjoy after an exhausting 4 days. They didn’t stay down for long. The entire crowd finished the fest on their feet, getting lost in the music. A beautiful way to end this chapter of my Euro Trip. 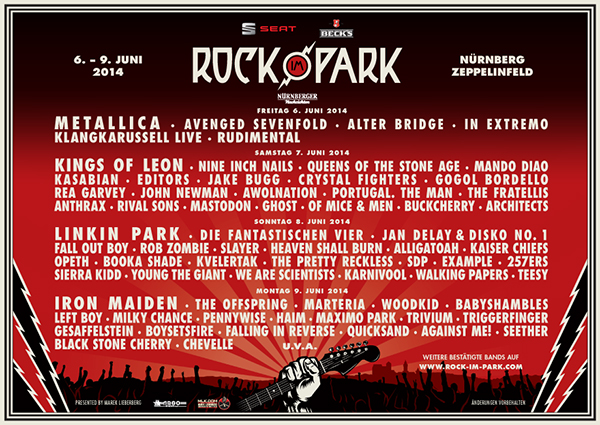 Of course, with a festival of this magnitude, I could have gone on forever with bands I was blown away by. Special shout outs go bands like Queens of the Stone Age, for putting on a fantastic show, and Jake Bugg, who I’ve seen a few times before, but these European crowds have had time to appreciate his talent longer than our Canadian fans. It was great to see him alongside other huge fans of his. Pennywise, who will always hold a special place in this teen-punk’s heart, were everything they could and should have been. It was so cool to see The Offspring live and hear them tear through some of my favourite sing-alongs. We Are Scientists had everyone dancing so much during their set- thank god they were inside or everyone would have passed out. They exude so much energy. I will always adore those two. Oh and speaking of energy, and iconic rockers Iron Maiden seemed to be in their 20’s on stage with the amount of awesomeness they put into their set- WOW! For real, I could go on listing practically every band I saw, who all stepped up their game for Rock im Park.

Next year, the festival celebrates it’s 20th anniversary, or check out the 30th anniversary if it’s sister fest Rock am Ring. If you’ve ever wanted to see a major European rock festival, or if I’ve instilled that desire. Just fucking do it. Thank me later.