Downsview Park has been home to some of Toronto’s largest outdoor festivals, including Edgefest and VELD, along with bringing in major names like AC/DC, The Rolling Stones, The Tragically Hip, Weezer, fun. and Tegan and Sara. The park, a former Canadian Forces base, is 572 acres in the middle of Toronto. 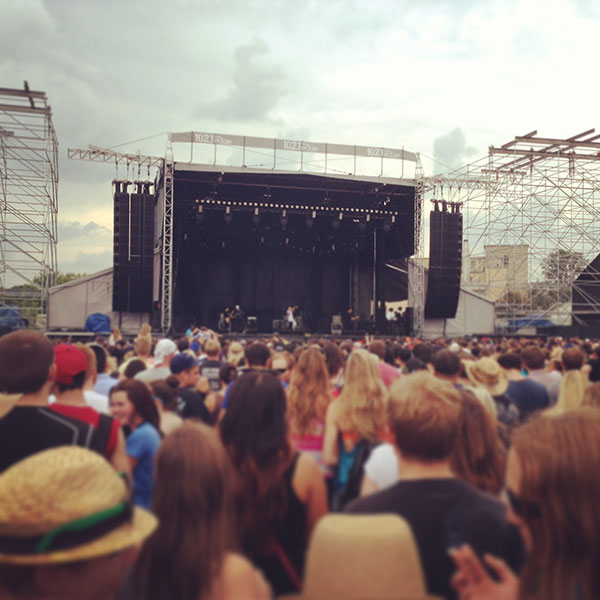 Although being able to hold thousands of people, there are only about 640 paid parking spots available, typically for about $20 per car. Once parked, it’s about a 5 minute walk to the gates. If it’s a rainy day (and it has been nearly every time I’ve visited) this walk and parking lot will be extremely muddy. Wear old shoes. My “concert shoes” are complete crap and are ideal for outdoor festivals and mosh pits. I would encourage you all to tuck a comfy, old pair of sneakers away for such occasions.

I needed good traction on those sneakers to race my way to the booze-ticket lineups. Arriving early in the day, I had no issue getting tickets and the beer tents never had a line. Later in the day though, those ticket lines were massive. They should have all taken my lead and started drinking at 11am. Problem. Solved. My only issue was the dent it made in my wallet. Beers will cost you a whopping $11 per tall boy. Tons of food was available at the park and reasonable prices were set by the vendors, typically under $8/meal.

The washrooms were a designated area of porta-potties. One small area. Surprisingly the lineups weren’t as bad as they could have been, though it was still a long wait. It was nice to see that they were checked often (according to a signature on a chart inside the stall) and that each time I visited there was TP. PHEW! This is rare at festivals. 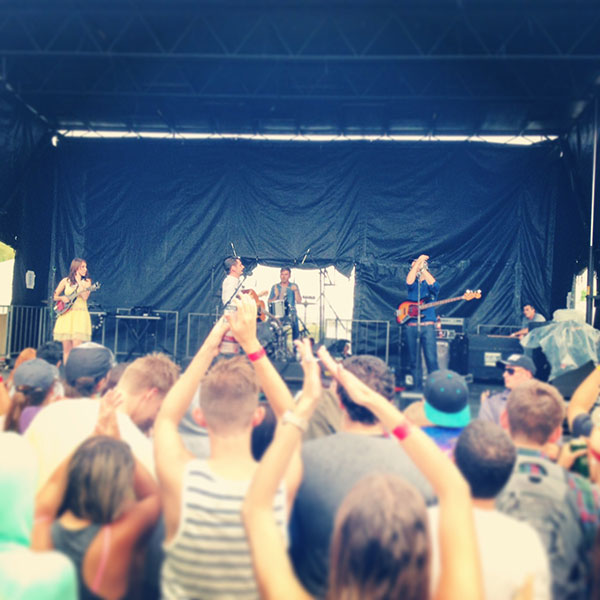 There were two stages at this years Edgefest, on opposite ends of the park. I’ve also seen a set-up here with 2 stages side by side with alternating acts. This years stages ran concurrently, which, standard to most festivals, meant that you had to sacrifice one band to see another. Each stage had great sound and I was shocked that I couldn’t hear the bands playing at the same time just over the hill. The side stage offered up an awesome intimate setting, with great artists getting fewer attention than they deserved. Edge favourite Capital Cities and new Dine Alone Records pick-up Twin Forks killed their sets, in front of a less-than-impressive audience turn out. The main stage was packed all day, so those of us visiting both stages had no choice, but to view the “headliners” from a mile back. Nevertheless, the sound was excellent. It also gave us a chance to enjoy many of the sets while relaxing, sprawled out in the grass, so I wasn’t too bummed. 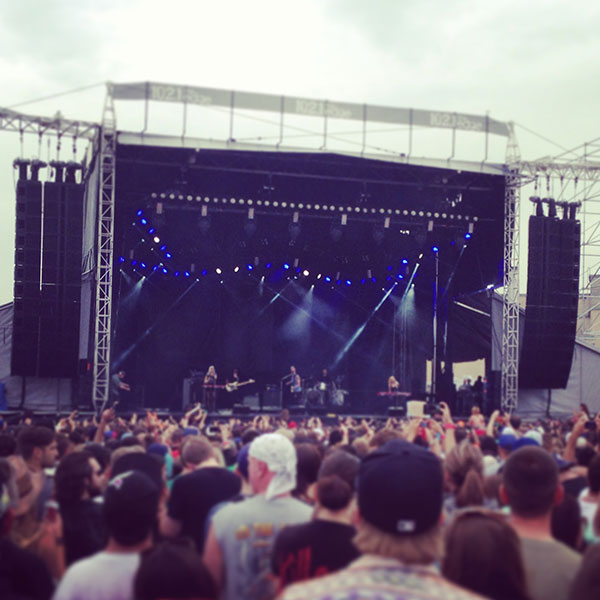 Downsview Park is located at 1-35 Carl Hall Road, Toronto and is easy to get to by car or TTC. Bus route 101 runs into the Park from the Downsview Station on the Yonge-University-Spadina subway line. A full list of transit options and driving directions can be found on their site.

Overall, Downsview Park is a great facility available to the city of Toronto for outdoor shows… but bring an umbrella. It is destined to rain.

Keep yourself posted on shows coming to Downsview Park at their website.