Merriweather Post Pavilion is one of the USA's most critically acclaimed outdoor concert venues. I'm writing in the Venue Diary to share how it ranks with me.


I finally had the pleasure of making the trip to one of the most famous venues in the US for the Virgin Mobile FreeFest. Located in Columbia, Maryland, the Merriweather Post Pavilion is an outdoor concert venue that sits on a 40-acre lot of preserved land. In 2010, Merriweather was named the second best amphitheater in the United States by Billboard magazine and in 2013, Rolling Stone gave it the title of #4.

The Merriweather Post Pavilion opened in 1967 and has been home to many great touring acts like Jimi Hendrix, The Who, Janis Joplin and more recent acts like Imagine Dragons

. The Pavilion itself, holds about 15,000 people while the festival grounds, home to a number of stages, can accommodate around 50,000. 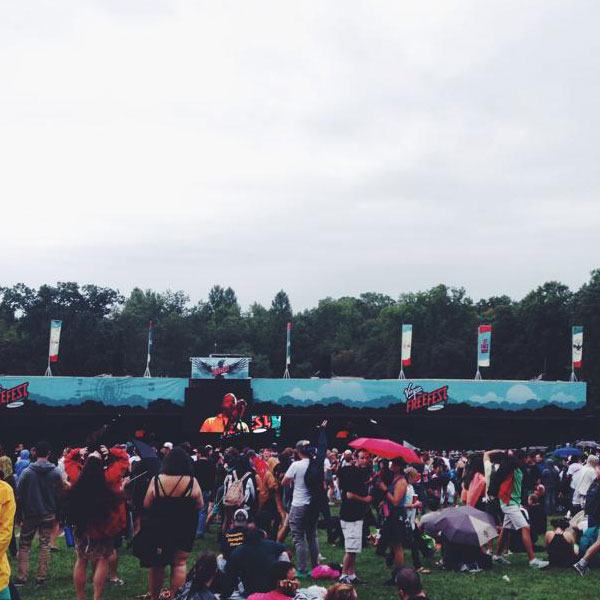 The concert area has a covered seating section in front of the stage leading its way up the hill. The top of the seating area, where the uncovered lawn section begins  is at the top of the hill. This area is the perfect spot to sprawl out on a blanket or dance the night away. Even with being further away from the stage, the screens and huge sound of the amphitheater provide an awesome concert-going experience. If closer to the stage, the covering makes the concert feel small and intimate with a great view of the performers. We managed to find an awesome wooden platform that felt like a private VIP section at the very top of the hill. After scouting out more spots, this was definitely our favourite. 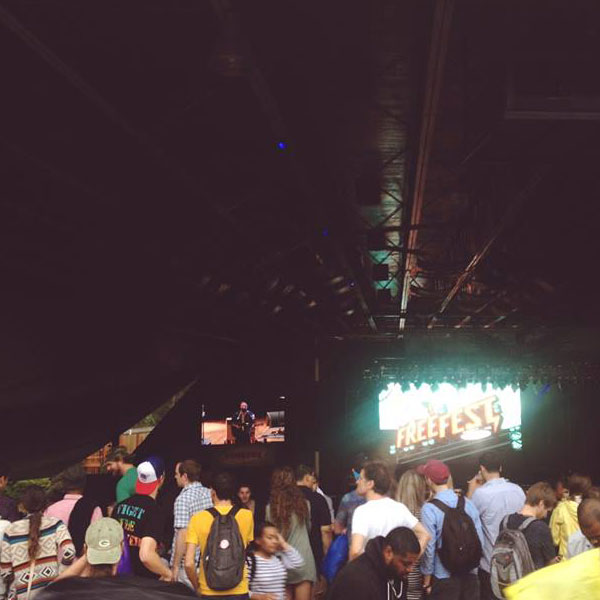 As I said before, I made the trip for FreeFest, which comes into play with my opinions of food and drink. Food and drink was expensive. A can of rolling Rock was $5, while Tall Boys of Stella were $9. You could also get 24oz drafts of Bud Light for $9 or get a draft of Stella or Shock Top for $10. I also paid $14 for a margarita, but it was goddamn delicious. Food was equally as pricey so we stuck to the drinks. Now here’s my mixed opinions. 1) Everyone was so ridiculously nice and friendly that I was still happy to leave a tip after the steep cost 2) Drinks were cold and poured to order. The margarita was even made in front of me from scratch and not from a can 3) The fest I came for was fucking free. Who cares if I spent cash dollars on drinks?! This would be totally different if I had paid for my tickets.

Speaking of FREE, the Merriweather Post Pavilion always offers free parking.  If you show up early, there’s a lot right on site and since you’re in the states tailgating is allowed. If you show up later, there’s tons of lots, but many were shuttling people in on buses. We opted for a lot that was under a mile walking distance away. Worked for us. I was also very happy to see the accessibility of this venue for wheelchairs, both for parking and for park access. Although very hilly, everything was laid out perfectly for those who needed it. 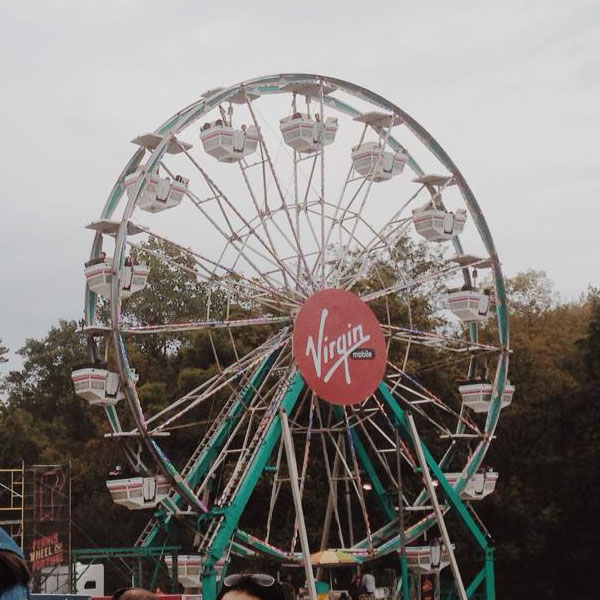 Washrooms are always an afterthought right up until you need them. They were located throughout the park and were always easy to find. There were both porta-potties and indoor facilities, although the indoor ones always had quite the lines. Since I’m used to the Jimmy’s, I never have an issue using them, especially when they are sans-line. However, these washrooms ran out of toilet paper early in the day and were not maintained for cleanliness. Actually, this group of toilets was one of the worst I’ve seen at shows. Regardless, the no-line was a major plus for me.

Merriweather Post Pavillion is an easy venue to find, located not far off the Columbia Pike 29 at 10475 Little Patuxent Parkway, Columbia.

This venue is a must-see for music lovers. With a killer sound, fun atmosphere and great bands, it’s no wonder that it’s been so critically acclaimed across the board.