Simcoe is a small Norfolk County farming town that was best known for it’s fall country fair. After this past weekend, being the only Canadian stop on the Gentlemen of the Road tour, Simcoe will hold a new image in people’s minds. This is meant to be the first of many concerts, with the goal of bringing a summer festival to the fair ground annually.

In it’s inaugural show, Simcoe brought over 35,000 music fans to the fairgrounds, doubling the size of the town’s total population over the weekend. Although going into this show I was very skeptical as to how they’d pull it all off, at the end of the weekend, I was impressed. In fact, anything and everything you wanted to know about the weekend was posted online. 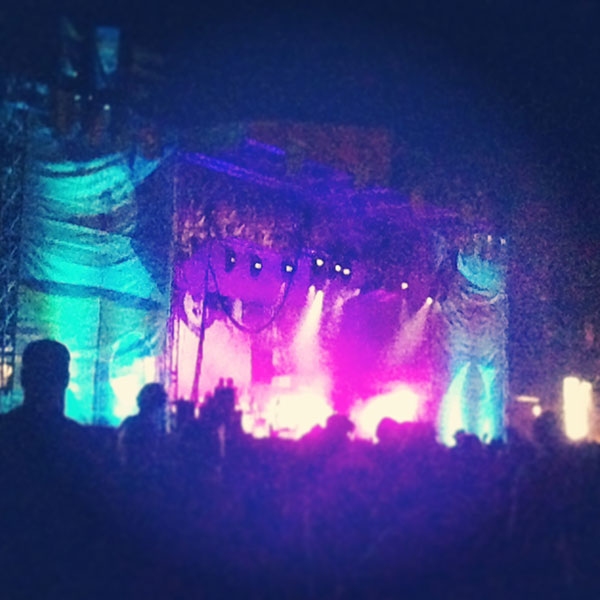 On site tent and RV camping was available and parking was available throughout the town, as well as outside of town in neighbouring communities. Although off site, the free parking and shuttles made it simple for everyone to make it back to their vehicles safely and relatively quickly.

Staff throughout the weekend, although not always the most knowledgeable, were always very friendly. It was great to see staff scattered through the grounds with cold beer, rather than the beer tents that are typical at these types of shows…even if the beer was $9. Food was also readily available, but you had to wait. Food lineups were always extremely long. Knowing the grounds, we ventured into a building and found some reasonably priced meats on a bun and turkey pepperettes. It was disappointing to see the lineups for food and toilets intertwining though. At no time should the smell of food and the smell of washrooms come anywhere near each other. They also needed multiple locations for the restrooms. 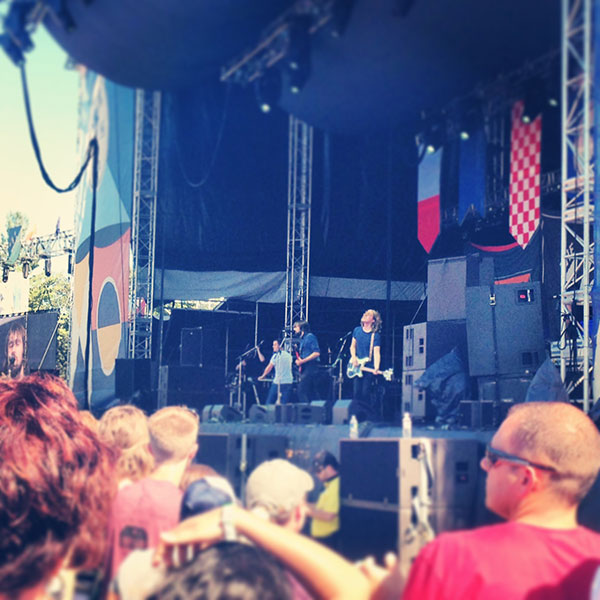 The show itself had amazing sound quality and was all controlled from one of the smallest festival sound booths I’ve ever seen. Regardless of it’s size, they handled the large sound that carried through the fairgrounds and even a few blocks away where friends of ours were enjoying their own food and beer on their lawn. You really couldn’t beat the atmosphere though of the up close and personal show while a midst thousands of fans. With a large field it was easy to get up close to the stage, while still enjoying some room to dance around. Many people during the day laid out blankets and even lawn chairs to sit and enjoy the tunes. It was nice to see a festival that allowed for chairs to be brought in, especially for an all-day event. There was also seating up in the Grand Stands, which I’m sure provided an excellent view! 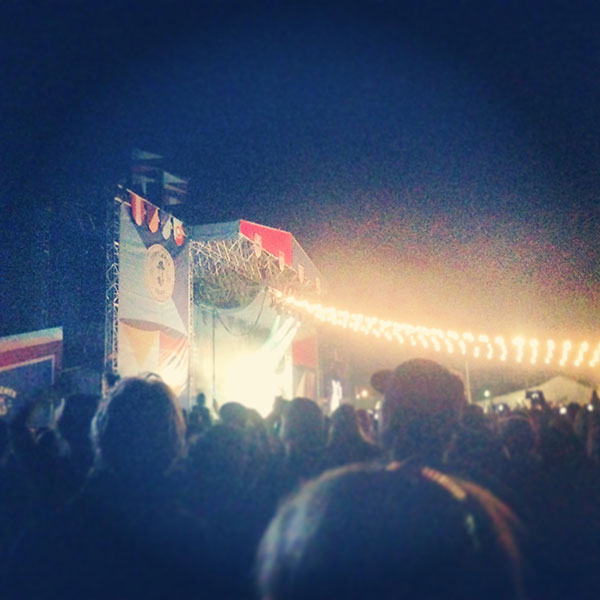 Simcoe was unbeknownst to most people. Having grown up not far away, my man even went to the local high school, it felt like a nostalgic “hometown” show for us. For those not so familiar with the area, it was great to see signs, even digital ones, directing traffic from as far as a half hour away! I also think that the proximity of the fairgrounds to the various surrounding beaches will have a lot of folk coming back. The Simcoe Fairgrounds are located at 172 South Dr, Norfolk, ON.

From the sounds of things, this is soon to be an annual summer festival for the fairgrounds. Once again, as a seasoned festival attendee, I had my doubts about this show and the logistics of making it work. There were certainly a few kinks to work out, but all in all the show went off without a hitch and drew a ton of interest to the area. With such a huge bill their first time around, Mumford and Sons