Toronto's newest venue has opened it's doors! Adelaide Hall will be a new favourite.

Walking into the 500 capacity venue, the staff was super friendly. Headed up the stairs (there are lots) to find a bar and the upper balcony of the venue. Obviously I had to hit up the bar to grab a beer, which will set you back about $8.00 for a tall boy. Looking over the railing, it’s a great central view of the stage, especially if you don’t want to be in a mix of dance-y, sweaty, shirtless men, as was the case last night. 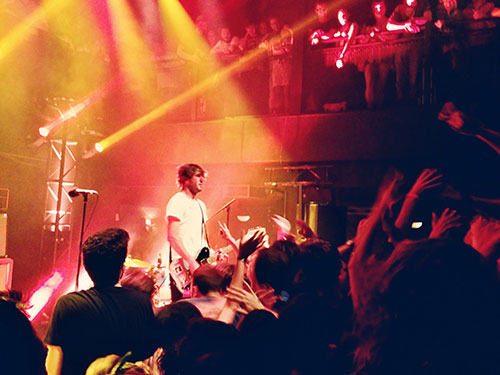 But why would you not want to be in that crowd? Of course, I headed downstairs to join the soon-to-be group of amazing chaos. The opening act played to a disappointingly small audience, especially for the amount of talent they brought to the table. The singer’s vocals definitely needed to be brought up though, at times I couldn’t hear him at all. Mics seemed to be set for the headliners vocals, since the sound was spot on for Japandroids’ set later on.

After the openers it was time to find the washroom. I asked  security and he pointed and said upstairs. That sucks. Especially when I realized men’s toilets were on the main floor. Ah well, maybe chicks don’t belong on the floor of rock shows. I have to say though, the washrooms were the cleanest I’ve seen at a show. Granted it was the venue’s first night open, but my GOD this was nice to see. Well worth the jaunt upstairs. It also gave me the chance to gander at merch, which was also on the upper level. At least it gave my trip purpose, other than not pissing myself downstairs. 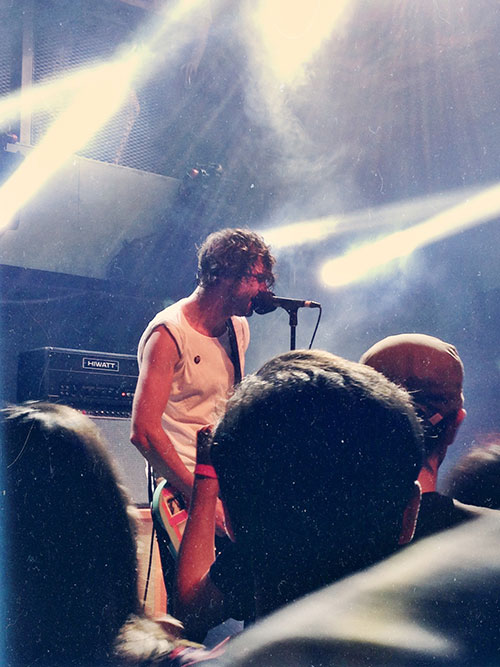 The whole venue was very clean. Again this can be attributed to it being it’s inaugural evening, but a lot of credit can be given to the staff who were in and out clearing bottles and cans.

I absolutely loved how intimate this venue was. With a 500 capacity, you could get as close as you wanted to the stage or stand towards the back and still have a great view. The lighting in the place made the venue feel much larger than it truly was, making it feel like a big event. It also doesn’t hurt that they can draw some seriously big names for such a small place, including upcoming NY-natives, Blonde Redhead. 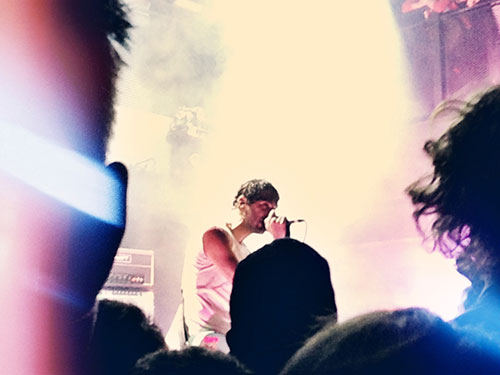 In a small place, packing people in can be hard. Be prepared to stand. There are a few spots that you can rest, but you won’t see the show from those spots. If you wanna sit, head to a bathroom stall.

The venue is incredibly easy to find. Located at 250 Adelaide St W, Toronto, it’s simple to find by car (Spadina exit) or by public transit. The venue is on a one-way street, but is easy to navigate to. There’s plenty of affordable public parking lots, most were approximately $10 for the night.

Overall, this is a venue that I’m excited to return to. They really made their mark with a strong opening night that SOLD OUT no less! Keep in mind, ticket prices will depend on the artist, but last night’s show was about a $25 ticket. I also love Adelaide Hall’s social media presence. They are active and responsive. They don’t just promote, they interact. Still (unfortunately) a rarity in online business models.